Native American leaders point to boarding schools as major contributors to cultural genocide and ongoing trauma and pain. Native people are taking many steps to address the trauma in their communities. As part of a hoped for truth and reconciliation process, they have also said that it would be helpful if the faith communities involved with the boarding schools can look at our own roles and responsibilities.

Paula Palmer and the Indigenous Peoples Concerns committee of Boulder Friends Meeting faced the fact that Quakers were among the faith communities that established and operated boarding schools for Native American children. Paula felt led to research the roles Friends played during the era of the Indian Boarding Schools. With grants from Pendle Hill, Friends Historical Library, Louisville Institute, Native American Rights Fund, Boulder meeting and several yearly meetings, she spent most of last year exploring the little-known period of our history when Friends collaborated in the federal government’s program of forced assimilation of Native children by means of boarding school. 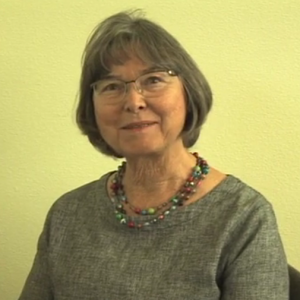 After doing her research, Paula wrote an article on this topic for the October 2016 issue of Friends Journal Quaker Indian Boarding Schools: Facing Our History and Ourselves. She also prepared a talk with the same title, which includes readings of the words of Quakers and Native people.  A video was made of the 50-minute talk, along with an interview with Jerilyn DeCoteau, a Native American attorney who is the chair of the board of the National Native American Boarding School Healing Coalition.  The video —The Indian Boarding Schools and Pathways Toward Healing— also includes queries to foster individual reflection and group discussion.

One of their projects, under the leadership of Boulder Friend Paula Palmer, is the “Toward Right Relationship with Native People” Workshop that Paula, with help from others, has conducted more than 140 times for yearly meetings, FCNL, monthly meetings and other groups.