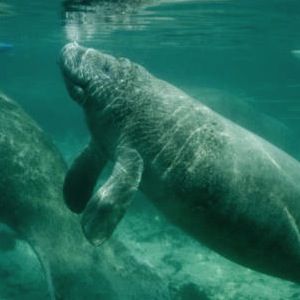 “Life on Earth is not possible without water, but access to clean, fresh water is threatened.

Living on the Florida Peninsula for the last 25 years has intensified my relationship with water in a number of ways—appreciation for easy access to fresh and saltwater, concern for water quality, and respect for the threat of an overabundance of water, e.g., hurricanes, sea level rise, sunny-day flooding, etc. This deeper relationship also expanded my sense of connectedness to the planet and to Spirit. So, what do I do with all of this?

The appreciation for access to fresh and saltwater inherently is linked to concern for water quality and central to this is the Floridan Aquifer System (FAS). The FAS has been described by the U.S. Geological Survey as “…one of the most productive aquifers in the world.” In addition to providing potable water for millions of people from southern Alabama to southeastern Georgia to southern South Carolina to parts of Florida, the FAS also “…is intensively pumped for industrial and irrigation supplies.”

The Floridan is a multiple-use aquifer system. Where it contains freshwater, it is the principal source of water supply. In several places where the aquifer contains saltwater, such as along the southeastern coast of Florida, treated sewage and industrial wastes are injected into it. Near Orlando [FL] drainage wells are used to divert surface runoff into the Floridan. South of Lake Okeechobee…the aquifer contains saltwater. Some of this saltwater is withdrawn for cooling purposes and some is withdrawn and converted to freshwater by desalinization plants. Desalinization is especially important in the Florida Keys, which have no other source of freshwater except that which is imported by pipeline (USGS). 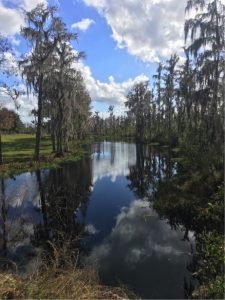 When and where the FAS is compromised, stressed or otherwise threatened, the environmental and social impacts maybe myriad. In my last post, “Of Concern: The Sabal Trail Project”, I discussed some concerns about natural gas pipelines and shared some of the Environmental Protection Agency’s comments regarding potential impacts to the FAS. The Sabal Trail underground pipeline is one of three projects in the Southeast Market Pipelines Project included in the Southeast Market Pipelines (SMP) Project. The other two projects are Hillabee Expansion and Florida Southeast Connection Projects. The total project is an estimated 685 miles of gas pipelines, an estimated 394 miles (57.4%) will cross 15 Florida counties. A key concern is natural gas pipeline leaks.

This is just one threat to the FAS. Others include, as suggested above, additional anthropogenic stressors, e.g., contamination from other toxic chemicals from industrial processes, pesticides, stormwater and other runoff, and extraction greater than recharge capacity. Further, “sunny-day flooding”—tidal water intrusion into businesses, homes, and streets already has begun on the East Coast and the Gulf Coast of Florida, which is evidence of saltwater intrusion into freshwater supplies.

I also try to stay informed about the activities of the Alliance of Small Island States (AOSIS), a coalition of 44+ small island and low-lying coastal countries that are particularly concerned about their vulnerability to the adverse effects of climate change. The individual actions of the countries and their collective work within the United Nations system provide examples for mitigation and recovery.   And, I look for opportunities to support the AOSIS.

What [Else] Can Friends Do? Again, the QEW Water is Life pamphlet advises:

This year’s assembly will lift up how the theme “Water is Life” is reality in Florida, from the precious Floridan Aquifer to the river of grass flowing into the Everglades to the rising seas along the beaches, and the estuaries threatened by runoff and salination, plus the growing threat of fracking. Florida development projects a population increase of 15 million people by 2070, nearly doubling the current 20 million. Florida is already experiencing water issues; imagine 35 million residents fighting for clean water.

Keep your browser pointed to interfaithflorida.com for information on registration and other updates. Please feel to contact me on questions, suggestions, and information about the Assembly.