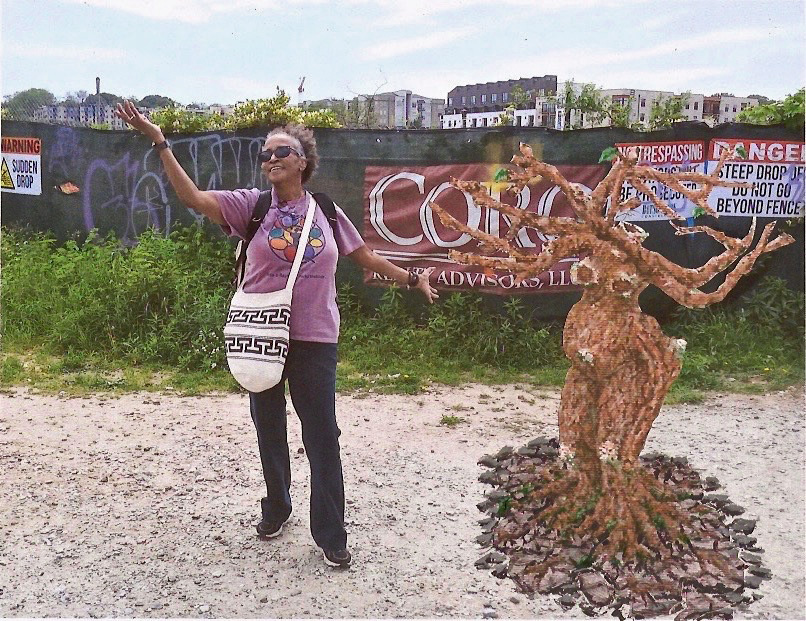 This is more than a recap of my activities since Yearly Meeting. I continue to be most grateful to you for holding me in the Light and trusting me to coordinate our Earthcare work. In so many ways, your thoughts, prayers, hospitality, potlucks, hugs, and just plain “goodness” continues to make this a journey of joy and possible. The Way opens continually!

I’ve been away from musing and processing in an attempt to share all the events of Fourth Month 2017. The launch was the SEYM Gathering, 12-16 Fourth Month at the Life Enrichment Retreat Center.  I participated in a “Meet and Greet” during the Second Plenary Session. Of concern during this session was the interaction between the field secretary for Earthcare and youths. The Youth Epistle also addressed this concern later during the Gathering. 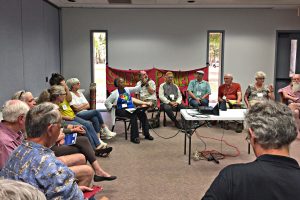 In addition daily Worship Sharing led by Jack Bradin, SEYM Earthcare Committee and Palm Beach Monthly Meeting, and Eric Maya Joy, Olympia Monthly Meeting and North Pacific Yearly Meeting, I also participated in the Earthcare Worship Sharing Workshop and facilitated a workshop on “Climate Justice and SEYM Communities.” I will post the workshop slides with narration on the SEYM website and YouTube.

Following the SEYM Gathering, I participated in the Quaker Earthcare Witness (QEW) Steering Committee Gathering in Atlanta. The key event for QEW is working with the United Nation’s International Decade for People of African Descent at a UN Forum in July 2017. QEW is collaborating with a coalition of NGOs to hold a side event on food sovereignty, to be funded with donations; to learn more and to donate, see the event crowdfunding page for details> . While this year’s event will focus on food sovereignty, I have been asked, and am asking you, to help me with taking the lead on a paper regarding water issues, the 2018 focus. This focus has been at the center of SEYM youth’s Earthcare work for several years and I am working with Youth Committee and others to develop an SEYM response for the paper.

Also of interest from the QEW Steering Committee is “A Spiritual Call for Climate Justice” from Celo Friends. See also, https://www.creationcarealliance.org/, christiansandclimate.org, and quakerearthcare.org.

Due to scheduling changes, the Third Florida Interfaith Climate Action Network Assembly was convened 28 Fourth Month in Orlando. I have updated information on what is known as the Sabal Trail Pipeline, sea level rise in Florida, and the Unitarian Universalists Justice Florida initiative, www.uujucticefl.org. A central point of the Assembly was the closing, an indoor campfire opened by Bobby Billie, a Miccosukee Simanolee person who opened by recounted how the indigenous people of Florida lived in this area in the past. It was a very powerful experience, not unlike Worship Sharing. Quakers of Orlando graciously provided hospitality allowing participation in the Assembly, the People’s Climate March in the Pine Hills community of Orlando, and intervisitation with Orlando Friends on 30 Fourth Month.

I have created a Qiqochat circle at http://seymquakers.qiqochat.com/.   It’s easy to join and I’ll upload documents and plan to host webinars from this site and beyond. (This is an attempt to not overload emailboxes.) I’ll continue to reach out to Friends where and how communication is needed, e.g., phone calls, Facebook, Twitter, snailmail, etc.

The People’s Climate March in Pine Hills (Orlando) is of note because it provided the opportunity to work with Organize Florida. I have been working with the Climate Justice Committee of Organize NOW in Tampa, so fostered some intercity collaboration.  I’m posting photos from the Climate Action Assembly and the People’s Climate March on the FSE Facebook page and Twitter.

Additional collaborations included our local, state, and national collaborations with the Unitarian Universalists. Please see www.uujusticefl.org for information on the work that’s being done. Also, if you’re interested in working with marginalized communities, see, http://reacttoolkit.net/. A number of areas that include SEYM communities already are involved in this work.

Friends, as Eileen Flanagan said in Sixth Month 2016, there is no faith community that says, “be in despair.” Finally, the photo included by a friend, Justin Haskell, justinhaskell.org, who also produced the artwork titled, The Pachamama.

I’ve been overwhelmed by the kindness of the artists who have generously donated to our work, such as Mary Coelho and Justin Haskell. I encourage you to support and take part in any way you can with the Art of Fearlessness project, http://fqa.quaker.org/ and https://www.facebook.com/quakersinthearts/. There are events in Tampa and Gainesville on 13 Fifth Month 2017.

Thank you always for your accompaniment.

Love and Peace, b