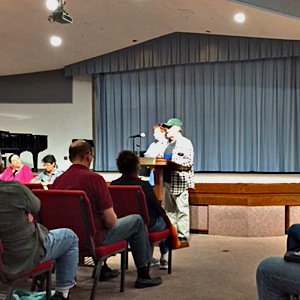 The Committee discerned a request from Kate Breslin from FCNL to stand in unity with other faith communities to sign a letter of support for State Attorney Aramis Ayala.

The Southeastern Yearly Meeting of the Religious Society of Friends stands in unity with other faith communities in Florida by signing onto a letter of support for State Attorney Aramis Ayala for her brave decision to not pursue the death penalty in cases prosecuted by her office. This letter is addressed to Governor Rick Scott and asks him to reconsider his decision to remove these cases from State Attorney Aramis Ayala’s prosecutorial discretion. (letter attached separately)

With regrets, we must make Friends aware of an event which occurred in Jacksonville on April 7, 2017. A peaceful protest against military action in Syria called by the Jacksonville Progressive Coalition with support of the large Syrian community was disrupted and ended violently. Accounts from protesters, those in attendance and witnesses as well as news videos of the incident widely contradict the police reports. What is indisputable is that the Jacksonville Sheriff’s Office (JSO) failed to protect peaceful protesters who were exercising their First Amendment rights.

A provocateur well known throughout Northeast Florida, appeared uninvited. He walked through the protest continuously; harassed and bumped into assembled protestors, harassed, interrupted and prevented the action organizers from delivering their message, stormed onto the stage and antagonized the organizers without any police intervention. When interactions between Conell Crooms, one of the organizers, and the provocateur escalated, the police tackled and beat Conell Crooms, a deaf African American, and descended on the crowd of protesters with excessive use of force.

Five protesters were arrested. Crooms was taken to the hospital unresponsive and two others required medical attention including Willie Hager, with Veterans for Peace and a faithful attender of the Jacksonville Meeting. All five have been charged with felony criminal charges.

The ACLU has opened an investigation.

The provocateur is a white supremacist with a history of inciting violence at peaceful protests in other cities, most notably Chicago.

The Jacksonville Progressive Coalition and concerned citizens of Jacksonville are collecting money for defense and medical costs for the Jax 5. If Friends are interested in helping, Willie is here and can take donations. In addition, Vickie has also agreed to post the information on the SEYM e-news with links and other information. Friends are also invited to write the Duval County State Attorney Melissa Nelson asking that all charges against the Jax5 be dropped.

(Friends entered into the silence to hold in the Light, the City of Jacksonville, all involved and affected for healing and a peaceful way forward that is just and equitable) 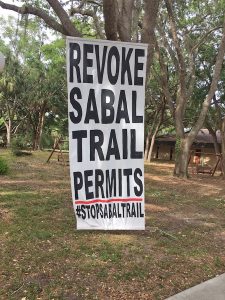 Tim Fogarty reported on the Sabal Trail Pipeline and the ministry of Peter Ackerman regarding the Sabal Trail Pipeline. Peter, Kaithleen Hernandez, and Tim presented a workshop on an alternative model which allows for personal empowerment to develop strategies for social change. The pipeline will be coming toward Tampa using eminent domain. There is a great need to educate and inform people. Meetings and Friends are invited to contact their local Sierra Club and hold forums. If any Direct Action is planned please contact Peter Ackerman, Palm Beach Meeting or Water is Life House – Dunnellon on Facebook.

Elaine reported on the Alternatives to Violence Project activities. Presently we have AVP facilitators in Tampa, Miami, Jacksonville, Sarasota and Tallahassee. A mini AVP workshop is planned for May 20th in Sarasota. If interested, please contact Glenn Plyer, Sarasota Meeting. In addition, facilitators are willing to travel to any meeting to host AVP workshops if your meeting is interested.

The P&SC committee continued to discuss the need for Non Violent Direct Action and Peacekeepers training, identifying and making available resources and trainers.