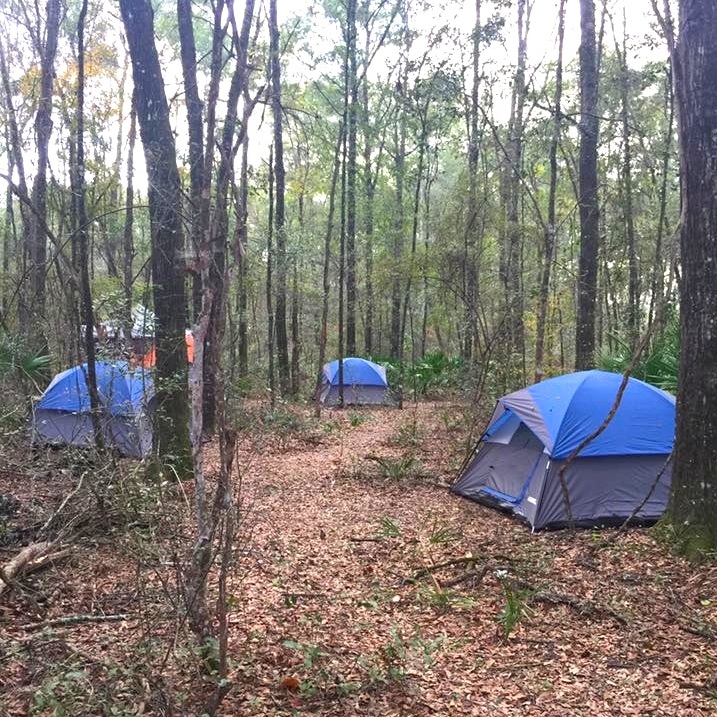 Pete Ackerman, Palm Beach MM, is one of the activists living at the Water Is Life House in Dunnellon, Florida. The ‘Dunnellon House’ is a regional organizing center for the Water Is Life movement in Florida, which works to stop the Sabal Trail Pipeline and advocate for water protection and conservation in Florida.

It is due to the commitment and support from Gainesville Monthly Meeting that I requested to speak to you today. Thank you for having me.

We thank Gainesville Monthly Meeting for their emotional, spiritual and financial support.

We describe ourselves and the movement we are part of as “Protectors,” not “Protestors.” Our tasks and strategies are multi-faceted and include many actions only some of which are “protests.” 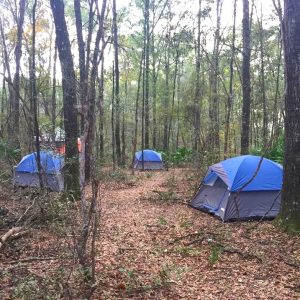 Where advocacy encourages incremental change, the urgency of “the Call” demands a segment of the population work on toppling government and social structures which threaten the Planet and are impediments to reforming the indigenous relationships between humans and Nature. It is this work we have been doing since November 2016 in the Florida action camps and continue to do from our strategy House in Dunnellon.

The following is a report of what we have done since SEYM and our workshop on Hierarchy – The Upside Down Pyramid. 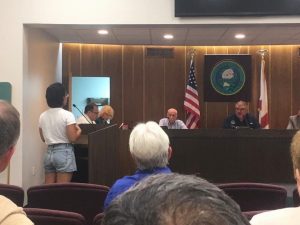 Kaithleen speaking to the Crystal River City Council, urging them to show up in Brooksville to-morrow to speak against the SWFWMD plan to draw down Crystal River and advocating for
strict rules on fertilizer use on land bordering Crystal River. 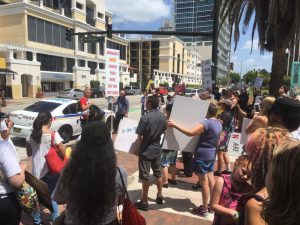 Action on May 20th