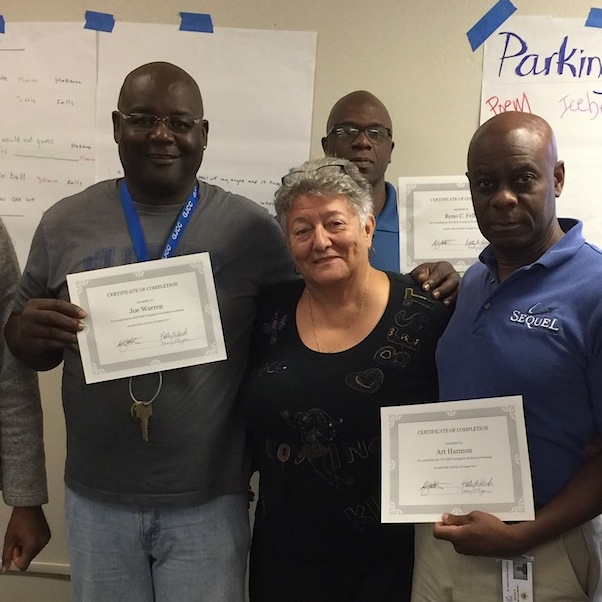 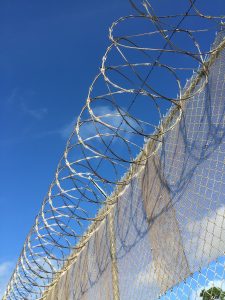 Nancy Obyrne, Kelly Watts, and I (Kathy Hersh, Miami MM) have been giving HIPP (Help Increase the Peace Project) and AVP (Alternatives to Violence) workshops periodically during the past 12 months at the St. John’s Academy boys detention center in St. Augustine, Florida. Nancy had a connection to St. John’s through Compassionate St. Augustine and her work with Catholic Charities, and was given permission to do the HIPP workshop series inside the facility. She asked me to be part of the facilitation team because I have had a lot of experience leading HIPP workshops in the past.

Our team was given the worst behaved dorm in the facility. The turn around in the boys’ behavior prompted the administration to request that we train a leadership team of their staff, who would, in turn, train the complete staff of St. John’s. Two weeks ago, we gave the final workshop, “T for F” to 4 top level staffers. They have the 4th edition HIPP manuals. The goal they set for themselves is to have the entire staff trained in 90 days.

This may be the first juvenile detention facility in Florida (it’s privately owned by Sequel) that will have its entire staff trained in AVP. 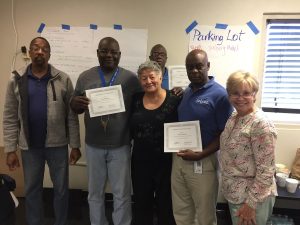 Nancy, Kelly and I are very excited about our experience at St. John’s. The boys we trained helped facilitate mini-HIPP workshops in the other dorms. The staff we trained started using right away some of the HIPP exercises and lifts in their work with the boys.

The administration is committed to changing the culture inside the facility from the traditional “tough love” approach to a more compassionate attitude and methodology. They have already gotten rid of staff who were not willing to adapt to this philosophy.

Nancy and Kelly were trained in workshops held in Jacksonville and Tampa. I was trained in workshops held in Miami in 1995 by Stephen Angell. After facilitating AVP workshops, I was trained in HIPP facilitation by Bryan Hudson, from the AFSC staff in Atlanta. I was active in the later part of the 90’s and early 2000’s giving HIPP workshops in Broward, Miami-Dade and during Southeastern Yearly Meeting Annual Sessions in Leesburg, Florida.  One year I co-facilitated with Louise Ritchie (Tallahassee) doing a HIPP Basic for elementary children. Another year, I co-facilitated a high school HIPP Basic. In addition to AVP and HIPP workshop experience, I am a facilitator for the Anti-Defamation League’s NO PLACE FOR HATE bullying prevention workshops, for elementary through high school students.

In case AVP Florida gets a request from juvenile detention facilities, we do have an experienced team ready to be of service. It is the most challenging population to work with, in my experience, but also the most rewarding.