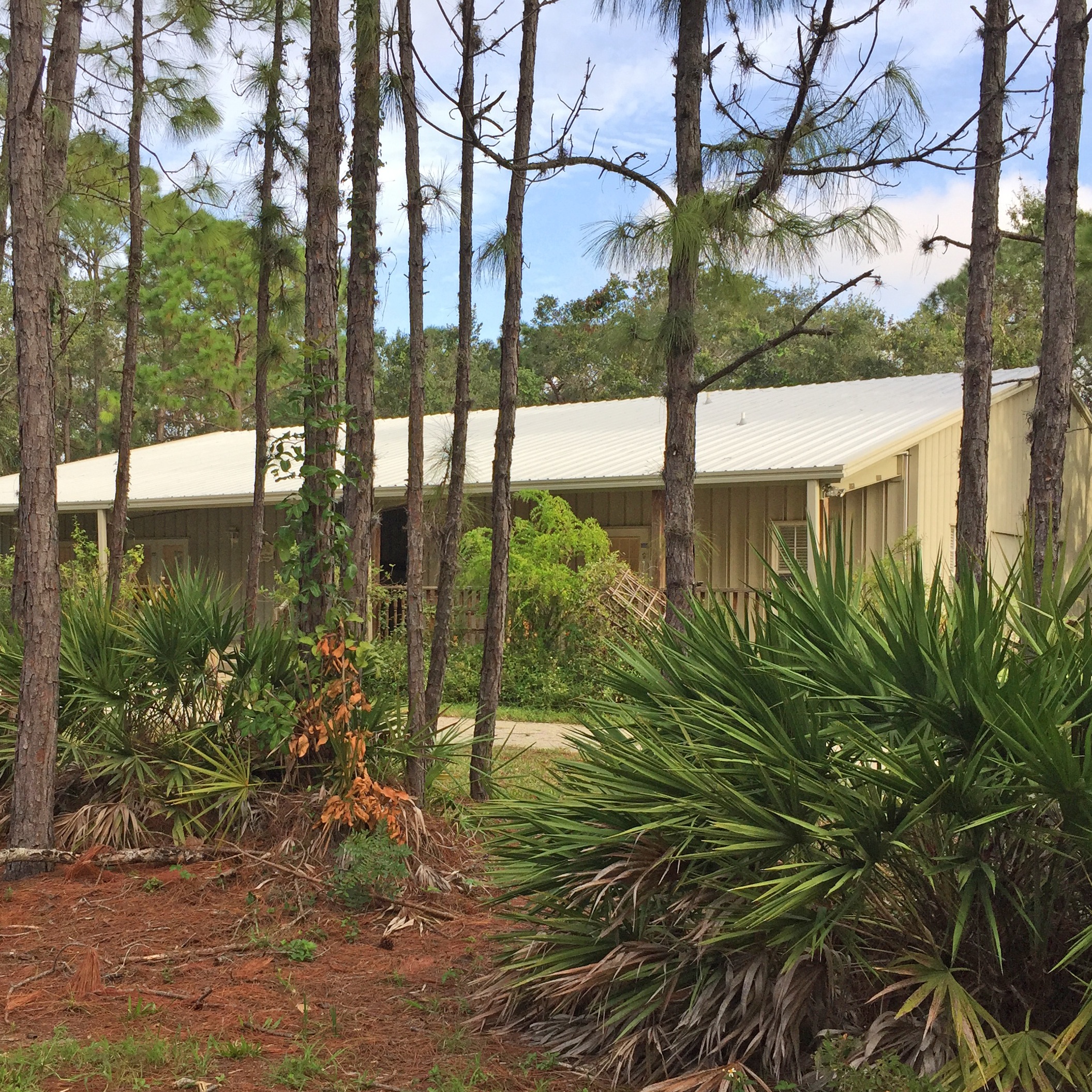 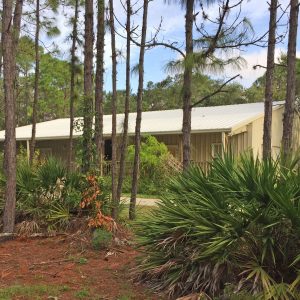 Fall Interim Business Meeting, held on October 7 at the Sarasota meetinghouse was full of positive energy and lots of news. Thirty-three Friends attended, enjoying a delicious lunch prepared by Sarasota Friends, as well as some unseasonably hot and muggy weather.

The first item of business was approval of Phoebe Andersen (Tallahassee) as Executive Committee/Interim Business Meeting Clerk, to finish out the term left vacant when Lisa Stewart moved away. The nomination of Catherine Price to be a representative to FCNL was also approved.

The Nominating Committee is looking for Friends to fill these key positions that are vacant, or will be open, in 2018: EC/IBM Clerk, Gathering Clerk, Gathering Program Coordinator, YM Recording Clerk, and Representative to the Peace Churches for North Florida. Archives, Youth, and Peace and Social Concerns Committees are also asking for more members.

FIBM received a written report from the ProNica Board. It was presented by Bill Carlie, YM Clerk, who had met with board members and staff in St. Petersburg, and kept in touch by phone. ProNica is restructuring. The Nicaraguan NGO will be dissolved, while the stateside ProNica 501c3 corporation will be retained, with amended bylaws. ProNica will be partnering with El Porvenir, an international non-profit with operations and NGO status in Nicaragua. Quaker House will continue to operate under El Porvenir’s ownership, welcoming ProNica delegations and Witness Tours and providing space for Managua Worship Group. ProNica will now be free from the administrative and financial burdens of maintaining the Nicaraguan NGO and operations, and be able to focus on fundraising and giving grants to their project partners in Nicaragua. The full report is attached to the FIBM minutes.

Beverly Ward celebrated her first anniversary as SEYM Field Secretary for Earthcare (FSE), by visiting Savannah Friends. She talked about some of her latest activities, which included visiting Meetings as well as collaborating with other groups, such as QEW and the Unitarian Universalists, who now have a staff position similar to our FSE. Read her written report here>

Almost all SEYM Committees met in the morning, and their reports were full of news and energy. Some highlights include:

The Youth and Worship & Ministry committees are studying a proposal from Kody Hersh, who would like to be an SEYM Youth Worker throughout the SEYM region. In return for this work, Kody would need housing, a small stipend and travel expenses. Our Youth have asked for more opportunities to get together; this proposal would address that and other needs in SEYM. The Youth Committee expects to present more details and recommendations at Winter Interim Business Meeting. 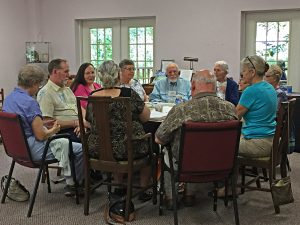 The Worship & Ministry Committee is excited about our 2018 Michener Lecture presenter, Wess Daniels, who will speak about Convergent Friends. They also recommend that each Monthly Meeting consider taking advantage of a great resource available for them: the FWCC Travelling Ministry Corps, a program of FWCC Section of the Americas. Their Travelling Ministers, who have gone through a clearness process with FWCC, are available to visit your Meeting. Host Meetings are asked to provide only hospitality, local travel, and food. Read more>

The Gathering Committee announced that Sa’ed Atshan will be the 2018 Walton Lecture and Retreat presenter. They have thoroughly reviewed last year’s attendees’ evaluation forms, and are busy planning for 2018.

The Peace & Social Concerns Committee has 3 workshops planned for the Gathering: Non-violent bystander training, campaign organizing, and an AVP workshop. Willie Hager reported on a campaign to remove the Confederate monuments in Jacksonville, noting that these monuments are representations of the ‘Jim Crow’ era. The committee considered the concern for the people of Puerto Rico and other Caribbean islands that were devastated by Hurricanes Irma and Maria. Many meetings have signed on to petition by the Florida Coalition to Prevent Gun Violence. Peace & Social Concerns is looking for a contact person to keep up with pending legislation on Gun control.

The Earthcare Committee is in discernment on the relationship between earthcare and social justice, asking the question: ‘What are we called to do?’ They continue to support the work of the Field Secretary for Earthcare (FSE). They remind Friends that the FSE position needs continuous funding, and ask for Friends’ financial support. The committee continues to ask Meetings to provide their discernment on the proposed Minute on Sustainability.