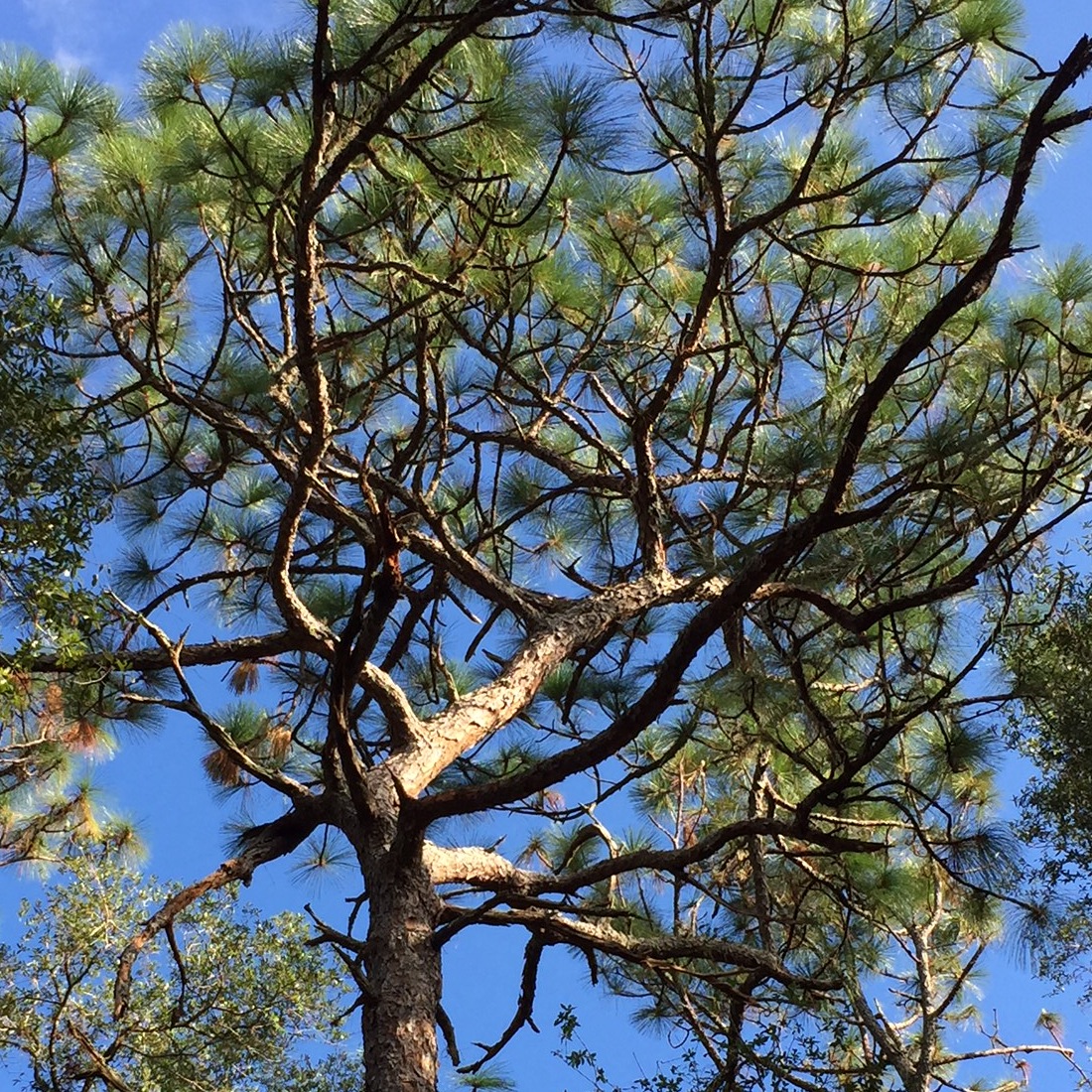 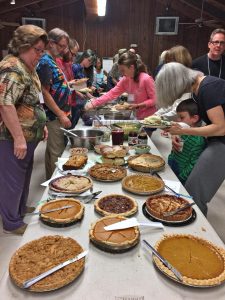 The annual SEYM Half Yearly Meeting gathering, held over Thanksgiving weekend (November 23 -26), again was celebrated at the Youth Camp in Wekiwa Springs State Park. Thanksgiving Day itself was rainy and misty but the fog burned off by Friday with refreshing weather throughout the weekend. For our turkey dinner we had almost 40 people, with a total of about 48 adults and 9 children during the entire weekend. The figures are estimates because we had a few “no-shows” and a number of late and/or unannounced participants, making an accurate headcount difficult. But the Youth Camp area has ample cabins, so last minute juggling on the Registrar’s part found accommodations for everyone. We had a number of families at HYM for the first time!

Hurricane Irma left snags and felled trees across some sections of both Rock Springs Run and the Wekiva River, making many parts impassible. Our planned canoe/kayak trips were consolidated into one Saturday trip from the State Park. We rented 14 boats and had a delightful time. Next year we hope to offer day-trips on Wednesday, Thursday, and Saturday to paddle almost all of Rock Springs Run and the Wekiva River. 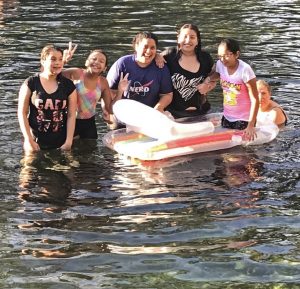 Half Yearly Meeting has a minimum of structured activities but plenty of opportunities for hikes, swimming and canoeing, with an emphasis on connecting with our wider SEYM Quaker community and ample time for personal reflection. Impromptu Monopoly and card games kept a number of the youngsters engaged, while the older set tended to take full advantage of the rocking chairs— just talking with Friends or enjoying a good book. Some young people went swimming in the springs. Many Friends enjoyed leisurely nature walks through the surrounding woods.

On Friday evening, there was a remembrance ceremony/workshop led by Jane Westberg and Kody Hersh, “Towards Right Relationship with Native Peoples.” We learned how the Doctrine of Discovery, the 1493 Papal Bull issued by Pope Alexander VI, played a central role in the justifying Spanish conquest of the New World and the U.S. policy used to take Native American lands for European settlement. The ceremony models the taking of lands and abuses against indigenous peoples — the 400 broken treaties, massacres of defenseless men, women and children and the forced assimilation of many indigenous children, who languished and died in boarding schools, separated from their families, their language and their culture. The impact of the workshop was powerful and highly emotional. The hope was expressed that this ceremony be held at the SEYM gathering so that more Friends can experience this awakening. Read more> 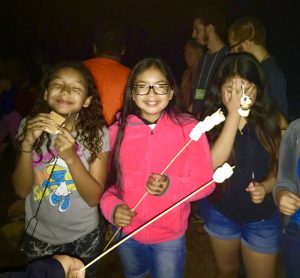 In sharp contrast to the seriousness of the Friday workshop, we had our annual NO TALENT NECESSARY talent show Saturday night, hosted by Vincent Cosomono and Aurelio Anderson. The show included gymnastics, violin playing, a play, poetry, singing and Quaker humor. After the show Saturday night, we had a campfire where we roasted marshmallows for s’mores, sang songs and told scary stories.

Friday through Sunday, Beverly Ward, Field Secretary for Earthcare, worked with individuals and small groups of youths and youths-in-Spirit on a proposed Earthcare “pocket guide.” Using photographs shared by Ezra Merleaux, the SEYM Queries and Advices “Care of the Natural World,” and other references, participants were asked to design pages for the pocket guide. The individual designs were photographed.

An informal poll of participants at the gathering overall was very positive. Some even viewing it as transformational. At our “look ahead” meeting we discussed some of the issues that needed to be addressed, such as trying to get people to register early so we can get more accurate head counts so food purchases can be more efficiently handled. While there were posted sign-up sheets for meal preparation and clean-up, it was noted that many of the same people were stepping up to take responsibility and that a better method might be to have sign-up for tasks as part of the on-line registration process. The canoe trips will be back in full next year.

During the gathering, in-coming HYM Clerk Jerry Knutson and Registrar-to-be Brian Olson, were in close contact with out-going Clerk Carl Hersh and Registrar Beeg Camarota so hand-over issues should be minimal in 2018.

Final figures were not available, but it seems that, as in the past, the expenses and income should be about even. We were able to grant all scholarships requested, while still suggesting that the individuals, their Meeting and HYM/SEYM each contribute one-third of the cost. We have had a stated policy that no one should not come to HYM because of money issues.