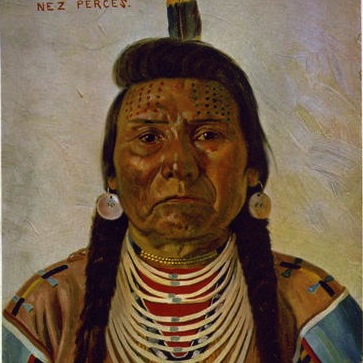 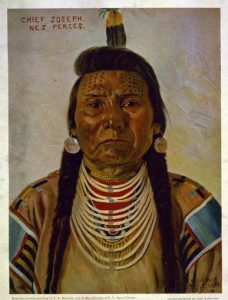 On Friday evening at Half Yearly Meeting, we participated in a remembrance of the Native Americans whose land our settler ancestors confiscated by inflicting death and misery in their conquest of the American continent. In a powerful ceremonial reading, we stood on blankets spread across the floor, representing the land. As the historian, narrator and voices of the Indigenous and the European settlers told the violent story, people representing the indigenous left the blankets and the empty blanket were folded, until near the end, only a few were left standing, crowded into a greatly diminished space. Through the voices, we learned the truth about 400 broken treaties, massacres of defenseless men, women and children and the forced assimilation of many indigenous children, who languished and died in boarding schools, separated from their families, their language and their culture.

Moments of silence were interspersed at key points in the narrative to remember the victims.

When the ceremony was ended, we sat in stunned silence. Some of us wept, all were profoundly moved, committed to educate ourselves about the undeniably barbaric history of our nation.

It was fitting that this ceremony occurred on Thanksgiving weekend, a holiday based on the mythology of the friendly, neighboring Indians and the European Pilgrims, whose religion was founded on a centuries-old Papal edict called the “Doctrine of Discovery,” which endowed them with the “God-given” right to conquer any territories they “discovered.”

This workshop was given by Jane Westberg and Kody Hersh. Jane lives part-time in Boulder, Colorado. A member of the Boulder Friends Meeting, Paula Palmer, created this ceremony in conjunction with indigenous people living in Colorado. Kody Hersh has been led to work in solidarity with indigenous peoples and study and teach the effects of colonization after two trips to Standing Rock this past year. He will co-lead a delegation from Christian Peacemaking Teams to a reservation in Canada next year.