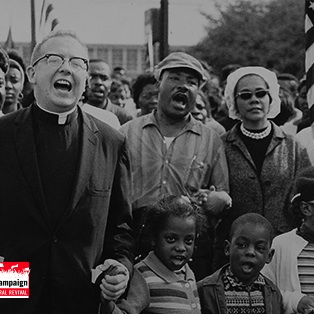 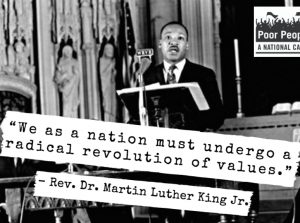 The Poor People’s Campaign: A National Call for Moral Revival is a new movement seeking to reignite, and re-commit to, the mission of Dr. Martin Luther King’s Poor Peoples’ Campaign of 50 years ago. Grounded in faith and non-violence, the Campaign focuses on three key demands of Dr. King — ending systemic racism, poverty and the war economy — while adding a call against ecological devastation. The Campaign is bringing together black, white and brown people, people of different faiths, the working class, the working poor, the poor and their allies to form a ‘fusion’ movement to ‘shift the moral narrative’ and work on a host of interrelated issues impacting the poor. 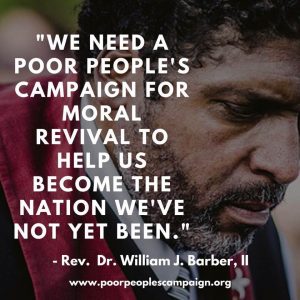 AFSC (American Friends Service Committee), one of the principal endorsers of the original Poor Peoples’ Campaign led by Dr. King, announced their endorsement of the New Poor Peoples’ Campaign on April 4th.  The Rev. William Barber (who is co-chair of PPC along with Dr. Rev. Liz Theoharis) will be a speaker at the FGC Gathering.

Pete Ackerman (Palm Beach Meeting) is on the Florida coordinating committee for the PPC, and asks Friends to consider their leadings and join this growing movement. To join, individuals fill out the online form on the home page of the National Campaign website: www.poorpeoplescampaign.org.

Pete will serve as point person for Quakers in SEYM, and see that they receive the latest news from the state and national campaigns. Friends are encouraged to email Pete or call him at (386) 203-1512.

The SEYM Peace & Social Concerns Committee has been in touch with Pete, who is also on the committee, about his work. 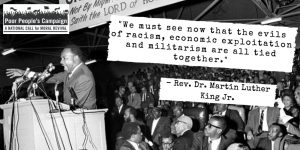 The Campaign will launch ’40 Days of Moral Action’ — marches, rallies, direct actions and organizing— beginning on Mother’s Day, May 13, and concluding with a large mobilization in Washington, D.C. in late June. Events will be held all over the country. The Florida committee is preparing for a series of Nonviolent Direct Actions to begin on Monday, May 14th in Tallahassee. To see if there are any events planned near you, visit the PPC Events page> . Events will be added as local-level plans are finalized. 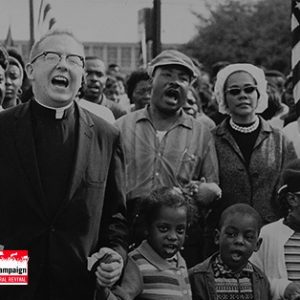 For those who wish to simply attend the rallies and marches, no training is required. However, training is mandatory for those who want to engage in nonviolent direct action. Trainings are to be offered immediately before rallies and actions, and will cover the principles of the campaign, what the action will look like, instructions on legal matters, and logistics. Trainees can then decide if they want to participate based on the information given. This simple model has been used successfully in the Moral Monday actions in North Carolina, the Fight for 15, and more.