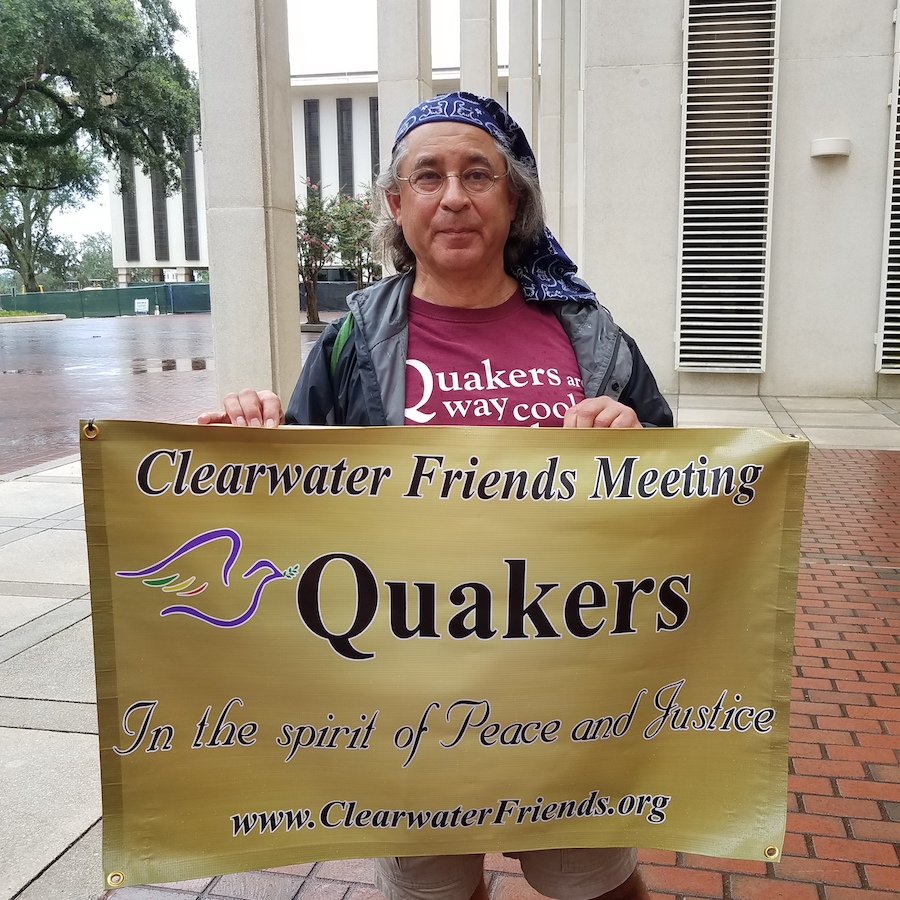 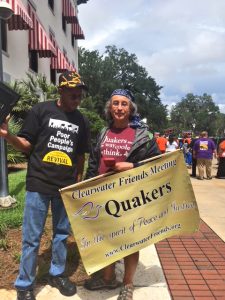 “I went on the St. Pete bus. There were about 200 people present (at the rally), with a strong labor presence from Fight for $15, fast-food workers demanding union representation, Faculty Forward which is organizing adjunct college faculty, and We Count, an organization of undocumented immigrants. We assembled outside the Capitol, then marched inside for the rally in the rotunda. The speakers were amazing. Other than Rachel, the co-chair of the Florida Poor People’s Campaign, all were people of color.

“I am very glad I went. The long bus ride was a great opportunity to talk with folks.” 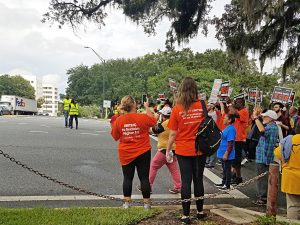 Pete Ackerman was the Campaign’s liaison to the police. After the rally, people blocked the street in front of the Capitol. The gathering was peaceful and there were no arrests.

A New and Unsettling Force: Confronting the Distorted Moral Narrative is the theme for Week 6 (June 17-22), the last week of the 40 days of action, which will culminate on June 23 with a mass rally in Washington DC. 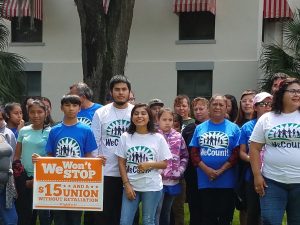 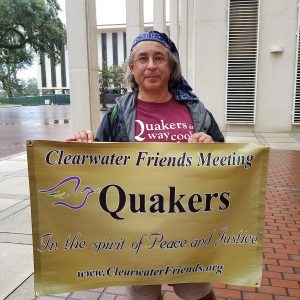 To learn of transportation from Florida and housing options in DC, or if you plan to go, want to go with other Quakers, or can offer rides, 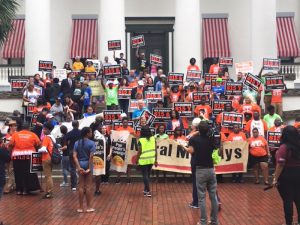 SEYM Friends in Georgia and South Carolina are encouraged to check in with the PPC website ‘Find Your Event’ page>  and their state’s PPC facebook pages for events at their state capitals: 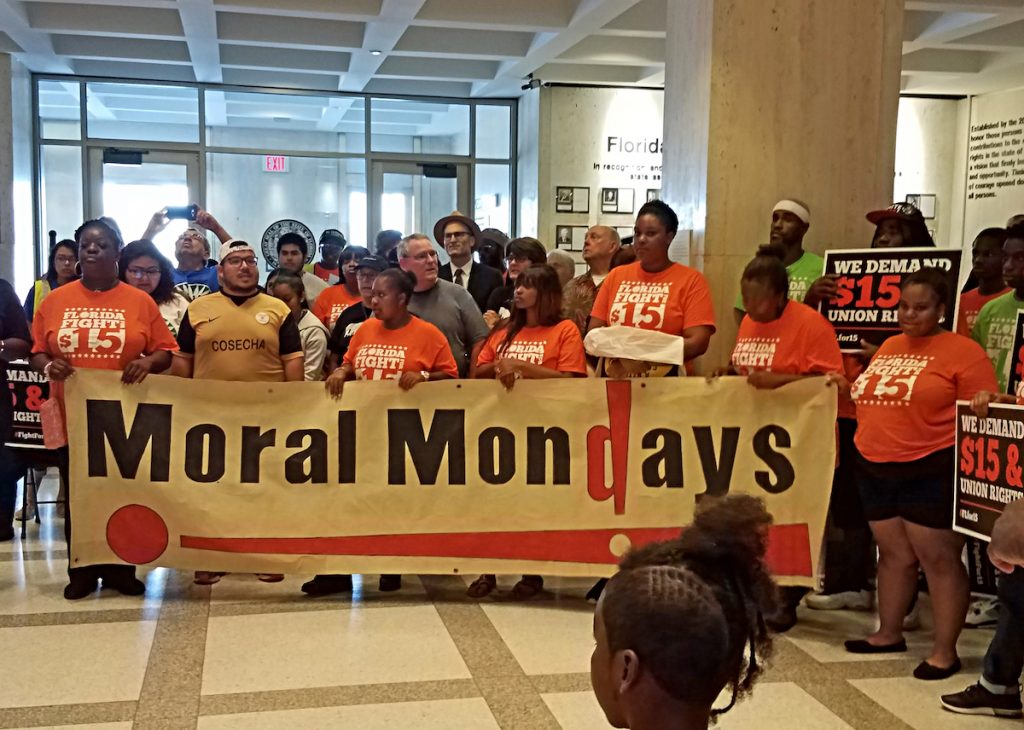