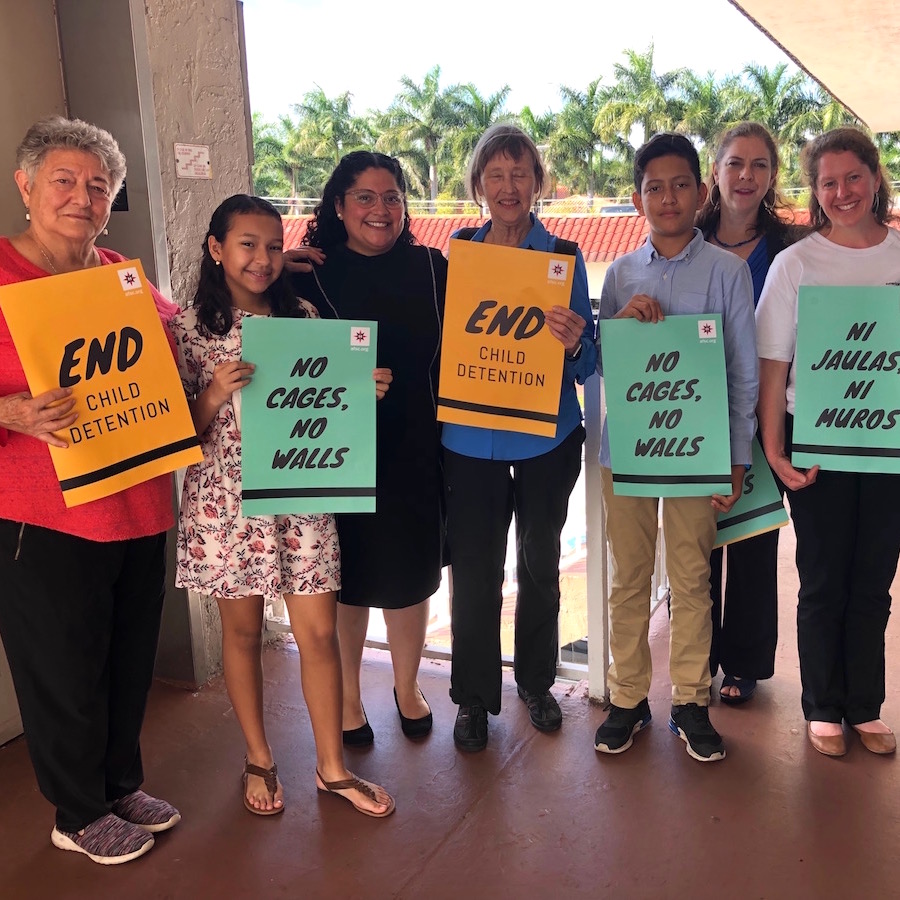 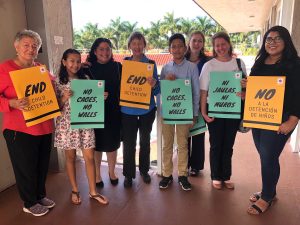 Friends going to the Round Table. photo: Andrea Hoskins

After a tour of the Homestead Detention Center, where over 1,500 immigrant children are being detained, Congresswoman Debbie Mucarsel-Powell (Congressional District 26) held a round table discussion with immigrant advocacy groups. Among those at the table were Lis-Marie Alvarado, an attender of Miami Friends Meeting and AFSC Miami staff and Kristin Kumpf, from the AFSC national office. Three members of Miami Meeting —Jane Westberg, Andrea Hoskins, and Kathy Hersh— were also present as observers. 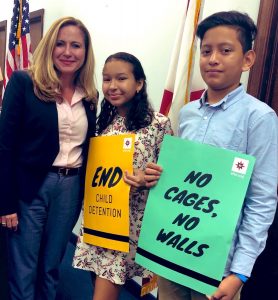 Mucarsel-Powell said she found the experience “very troubling.” The facility, she continued had a “prison-like feeling.” Mucarsel-Powell, Shalala and Garcia agreed that the Homestead detention center must be closed down as soon as possible. The three representatives assured those present that they will be making it a priority to work together with the Hispanic Caucus to rectify the situation. They said they will attempt to change the status of the center from “temporary,” which has allowed the center to keep children indefinitely and to reduce unnecessary red tape regarding placement of children with willing sponsors.

The Homestead shelter is the biggest “temporary influx facility” in the country and the only one run by a for-profit corporation, Comprehensive Health Services (CHS). Because it is on federal property, it is not overseen by state regulators. The Miami-Dade County School Board and Superintendent have made numerous attempts to tour the facility or review their school curriculum but have been turned down repeatedly. Being on federal property makes the center answerable only to the federal government. Shelters are overseen by the Office of Refugee Resettlement. CHS’ contract with the federal Department of Health and Human Services is worth up to $220 million. 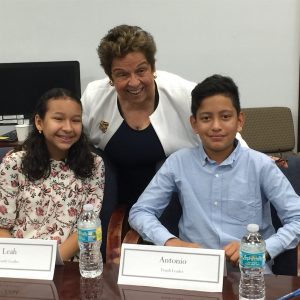 All three Congresswomen were adamant that they will work to make it illegal for “for-profit” corporations to receive government contracts to operate immigration detention centers anywhere in the country.

Morena Mendoza’s son Antonio was also present at the roundtable and read a statement about his experience being separated from his mother and being put in foster care in New York. His simple statement moved many to tears.

A local coalition of immigrant advocacy groups, including the AFSC Miami office, has formed and will be announcing shortly upcoming actions with the long term goal of shutting down the Homestead facility.

(Sources: NPR, The Miami Herald, website of Rep. Debbie Mucarsel-Powell, and notes taken at the meeting 2-19-19.) 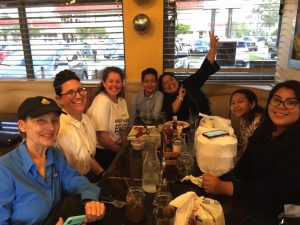