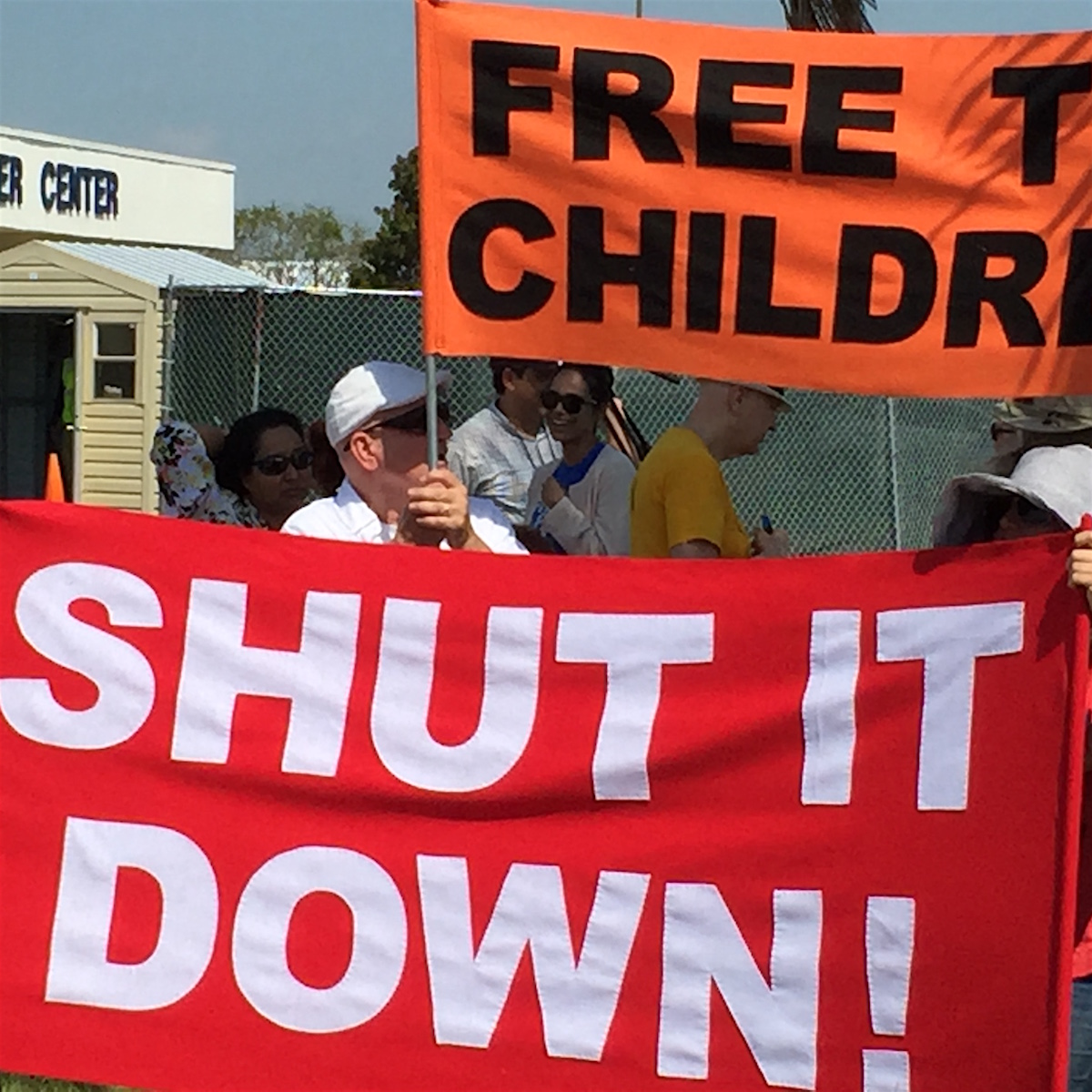 AFSC Miami and the Reclaim Homestead Coalition held a major press conference on March 5 across the street from the Homestead Detention Center, where unaccompanied children are still being brought in to be warehoused while they wait to be reunited with family or released to a sponsor. The Press Conference was held to draw attention to the conditions at the privately-owned facility, call for it to be shutdown, and release the children to their families or sponsors. 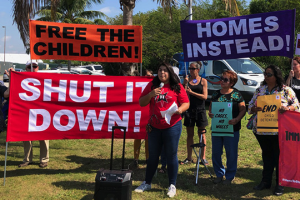 Mariana Martinez, an AFSC intern in the Miami office, who is a Homestead resident, was the first of several speakers from immigrant advocacy groups – the Florida Immigrant Coalition, the Farmworker Association of Florida, WeCount, United We Dream – and Miami Friends Meeting member Kathy Hersh spoke from a faith perspective. Quakers from Miami Friends Meeting joined in holding up banners before the line-up of television cameras, photographers, and reporters. (See video of the press conference>)

The Reclaim Homestead Coalition is calling for the immediate release of children to their families/sponsors, the transfer of children awaiting reunification to smaller shelters which are run by nonprofits accountable to local oversight, and the permanent shutdown of this for-profit facility which, because it is on federal property and is designated as a “temporary” facility, it is exempt from local and state regulations regarding child welfare, mental health, and educational standards oversight. It is the only for profit temporary overflow immigrant detention center in the country.

One of the primary organizers of the Coalition is AFSC Community Outreach Coordinator Lis-Marie Alvarado, a regular attender of Miami Friends Meeting. 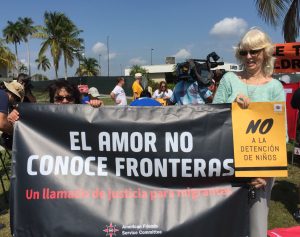 Kathy Hersh will be speaking at an upcoming meeting of the Miami chapter of the Gray Panthers about the Homestead facility and the immigration crisis.

Other actions are being planned. Friends will be informed as soon as they are announced. 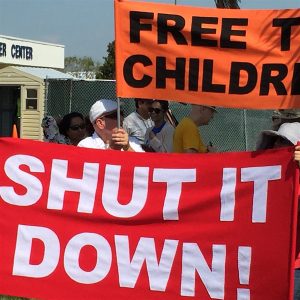 Immigrant and community leaders rally asking for the shut down of the Homestead detention center, March 5, 2019:

Inside The Largest And Most Controversial Shelter For Migrant Children In The U.S., February 13, 2019