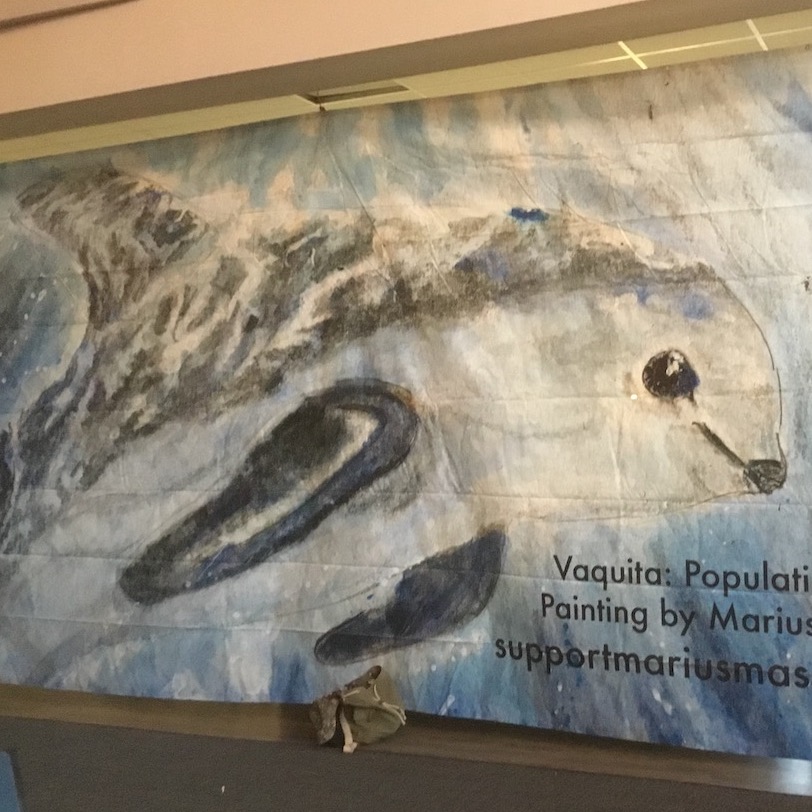 The first day of the Convergence took place at the Civic Media Center, “…an alternative library, reading room, and infoshop” and included two plenary sessions: 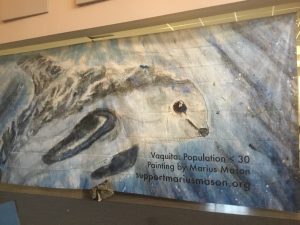 Painting by Marius Mason at the Convergence

In the Movement Lawyering session, Melissa Legge provided examples on how the requirements of the National Environmental Policy Act and Executive Order 12898 – Federal Actions to Address Environmental Justice in Minority Populations and Low-Income Populations are disregarded by federal agencies and private companies. The scope of the environmental issues range from the siting of prison facilities to disregard for the health, personal security, and safety persons inside. As is being witnessed at detention center in Homestead (FL) and other sites, even young children are subjected these conditions. More information can be found in Toxic Cages.

The afternoon also included two concurrent workshops, ‘Introduction to Abolition’ and ‘Jail Support Basics.’ The Abolition workshop included a brainstorming session on the myth and reality of prisons. One facilitator mentioned that jailhouse lawyers refer to incarceration as the “prison industrial slavery complex.”

Days two and three including more workshops and breakout sessions:

The National Prison Strike Solidarity Roundtable was split into three sections by geographic region. The participants from the southeast agreed to share contact information in order to continue the dialogue and abolition strategies.

Throughout the convergence, prisoners called in during lunch and dinner. Also there were several participants who were familiar with AVP, including at least one returning citizen who became a facilitator while inside. There is considerable Earthcare work to be done conjunction with prison abolition.