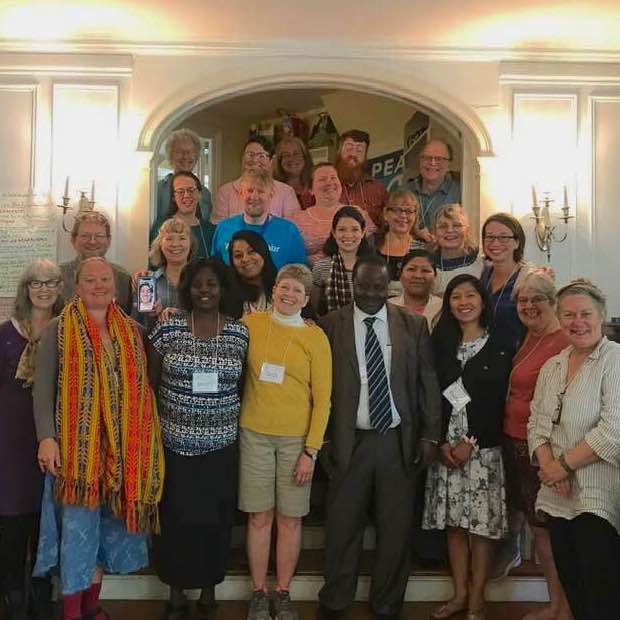 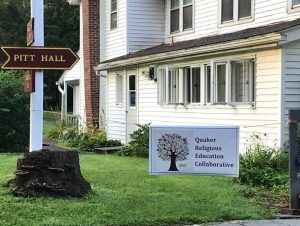 Earlier this month, I had the opportunity to attend a conference of the Quaker Religious Education Collaborative. An annual event for the past five years, the conference was held this year at Powell House, a Quaker conference center in the traditional territory of the Mohican people in upstate New York. It was attended by about 30 participants from three continents and across the spectrum of Quaker practice and theology, and much of the content was also live-streamed and simultaneously translated into Spanish. The beauty of how Friends built community across lines of difference was one of the most powerful things about the conference. 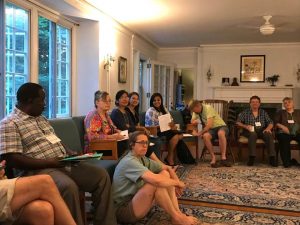 In addition to sharing programmed and unprogrammed worship together, there were many opportunities to hear about the various religious education projects and ministries Friends are involved in. During workshop time on Saturday, it was hard to choose from among the offerings (Effective youth ministry with teens? Using stop-motion animation to teach the Bible?).

I chose “Pastoral Care with Quaker Families.” Friend Windy Cooler, a student at Earlham School of Religion, shared from her personal story and the emerging results of a research project she has conducted on Quaker family life. She shared that, in the course of interviewing people for this project, she found people desperate to tell someone about the things they don’t tell their meetings, because they are ashamed: their financial situation (for both wealthy and poor Friends), the impact of racism on their children, domestic abuse, child abuse, marital problems, substance abuse, and abuse and interpersonal conflict with other people in the meeting. She realized that our meetings function, in many ways, as family structures– and that one of the patterns of families is that instead of addressing problematic behavior, they manage and contain the problem, and the person. I can’t do justice to the depth and richness of her findings in a paragraph– but thankfully I don’t have to, because she is working on publishing a book from the results. I strongly recommend it to Friends. 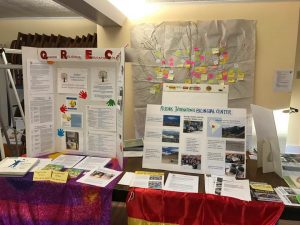 Another area of emerging work I learned about at the conference is the work that Bolivian Friends are doing on climate change. Emma Condori Mamani, director of the Friends International Bilingual Center in La Paz, spoke with me about the ways that Bolivian Friends are experiencing the effects of climate change not as a future occurrence, but a present reality, especially around flooding, clean water access, and other water issues. I spoke with her about some of the similarities in Southeastern Yearly Meeting, where our proximity to the coast has made sea level rise a more pressing reality for us than many other Friends in the U.S., and that climate change is therefore a core issue of concern in our yearly meeting, too. Emma invites any SEYM Friends who might be interested in visiting Bolivia to be in touch with her– I am happy to facilitate that connection for anyone who wants it. 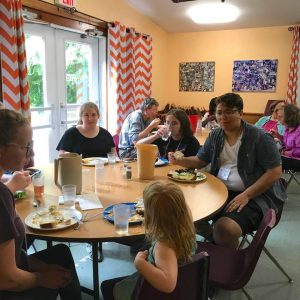 Over the course of the weekend, I was able to connect with a number of other Friends who are interested in creating some Quaker religious education resources on racial justice. We are moving forward with a vision of creating a new curriculum that is flexible in terms of the age and size of the group, where each session can happen independently, rather than needing to be done in a specific order, and which pairs core content on racial justice with tools for bringing a racial justice lens to other topics.

As the conference drew to a close, I was asked to consider serving on the Steering Circle (leadership team) for QREC as a whole. In conversation with the SEYM Youth Committee clerk, I joyfully accepted the nomination, and look forward to seeing how my further engagement with the collaborative’s work might enrich my work with SEYM. 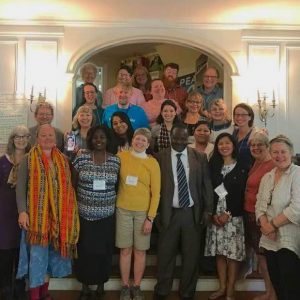 Finally, long-time SEYMers will remember some other Friends who were in attendance at the QREC conference: Nadine Hoover, former member of Tallahassee Meeting, and Mike and Chris DeRoller, formerly of Lake Wales Worship Group. All send warm greetings to SEYM Friends!