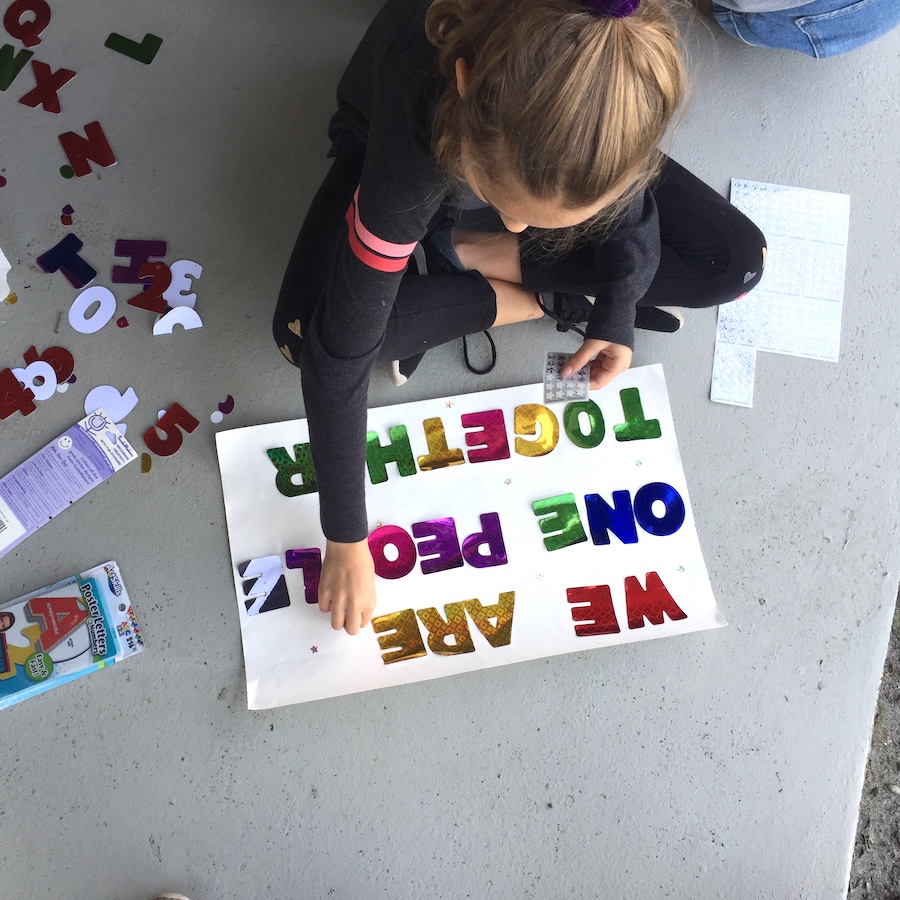 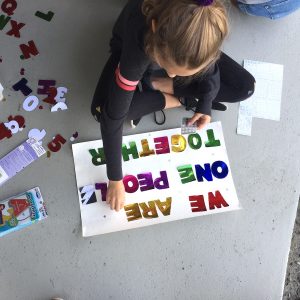 As many yearly meeting adults participated in the committee meetings, Michener lecture, and other activities of Winter Interim Business Meeting this past weekend, SEYM youth enjoyed a varied program focused on anti-war movements and activism.

On Saturday, Vietnam veteran Ray Jenkins and former war correspondent Carl Hersh shared stories from their own experience of the reality of war, and discussed how those experiences shape their perspective on the Quaker Peace Testimony.

On Sunday morning, youth discussed different forms of anti-war action that they have witnessed or heard of– from big things, like marches, to smaller ones, like addressing a conflict between two people. We talked about the root causes of war, and how any action that addresses injustice, poverty, and oppression can be an “anti-war action.” 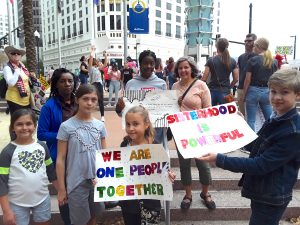 After discussing a few different options for actions we could take together that day, they chose to join the Orlando “Women and Allies March.” The lunch hour was spent busily decorating posters and packing up snacks for the afternoon trip!

Arriving late at the Women’s March (because of the lunch and bus schedules), we missed hearing the speakers who kicked off the march– but in the transition period, as people left the rally to march to Lake Eola Park, we got to meet several of them! SEYM youth met and talked with state legislative Representative Anna Eskamani, an Iranian-American woman who has been a vocal opponent of the recent escalated conflict with Iran, as well as to two other local women running for elected office. 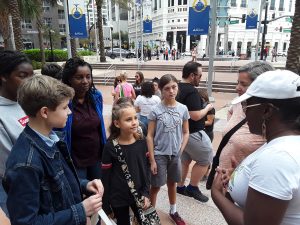 As we marched, the president of the Florida chapter for the National Organization for Women spoke with several of our youth about that organization’s work to address all forms of gender-based violence, from domestic violence to military violence.

After arriving at the park and taking in the sights and sounds of the march a little longer, youth and adult volunteers decamped to the very awesome playground, and all made use of the equipment, until rain drove us inside to finish our day with a few rounds of “Apples to Apples.”

Many thanks to the youth who attended, the family members who brought them, adult volunteers, and the amazing advocates who spent time in conversation with our youth, for making this an event to remember! 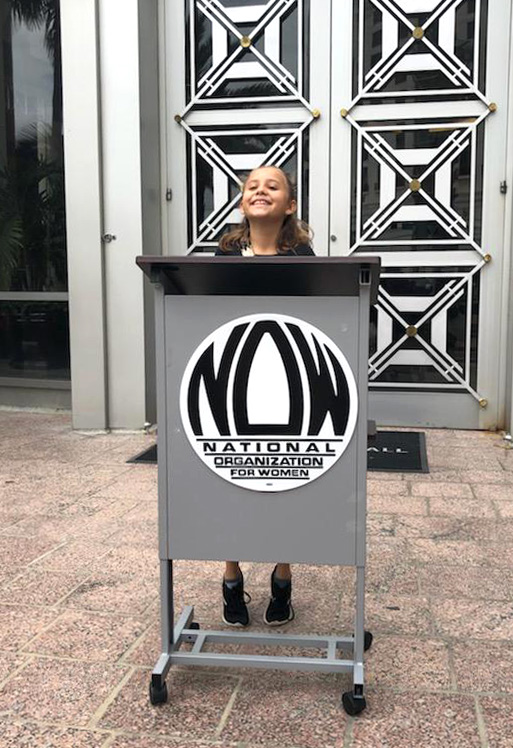 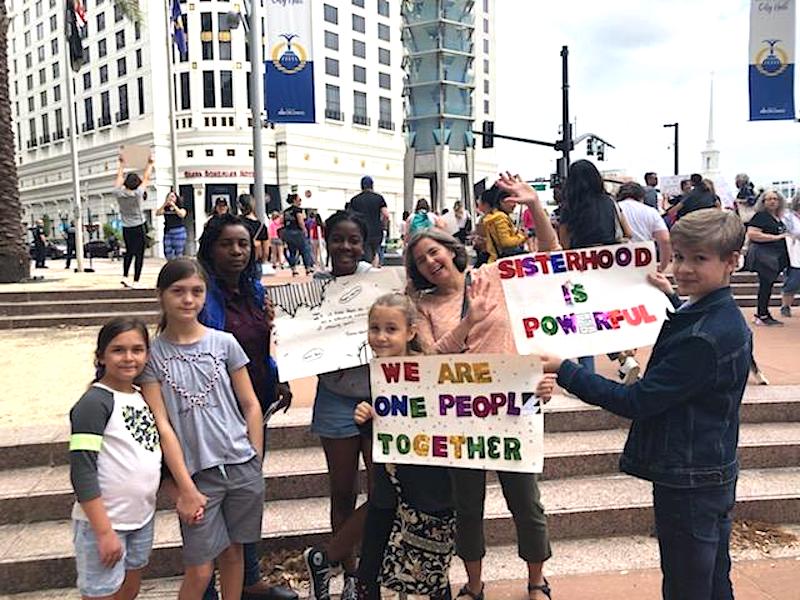