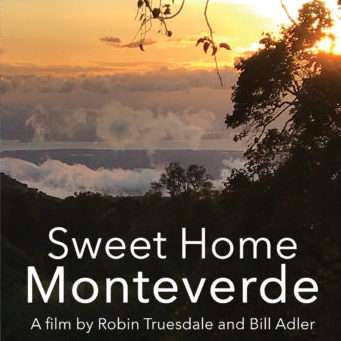 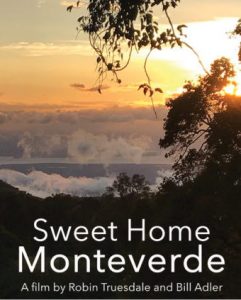 I have the joy of sharing with you a new film (and new friends)! Bill Adler and Robin Truesdale will screen their new documentary film ‘Sweet Home Monteverde’ in St. Petersburg on February 21st. In the future, Bill and Robin will welcome inquiries about making the film available to SEYM Meetings and Worship Groups; you can email sweethomemonteverde@gmail.com. Deep gratitude for Bill and Robin and their work!

‘Sweet Home Monteverde’ traces the journey of nine Quaker families from rural Fairhope, Alabama, who, during the Korean War, immigrated to Costa Rica, a country that had just abolished its army. It follows them to the mountaintop village they named Monteverde, and documents their environmental stewardship, their creation of the largest cloud-forest reserve in Central America, their pioneering work on ecotourism, their early clarion calls to fight climate change — and the legacy of their activism as passed down to succeeding generations of Monteverde Friends School students.

In addition to extensive interviews with the surviving founders of Monteverde, the film chronicles their story through the use of newsreel footage, home movies, archival photographs, and interviews with Quaker scholars and historians, the most recent past president of Costa Rica, and current and former students and teachers at Monteverde Friends School.

The film’s director and editor, Robin Truesdale, will be on hand for the first public screening the film in St. Petersburg, which is being sponsored by the St. Petersburg Conference on World Affairs.

Admission is free and open to the public. Seating for all sessions of the conference, including films, is available on a first-come, first-seated basis. All Conference attendees are asked to register>

Help Bill and Robin tell this story! Funds are needed for publicity, distribution, and to pay the film’s production debts. Donate here>