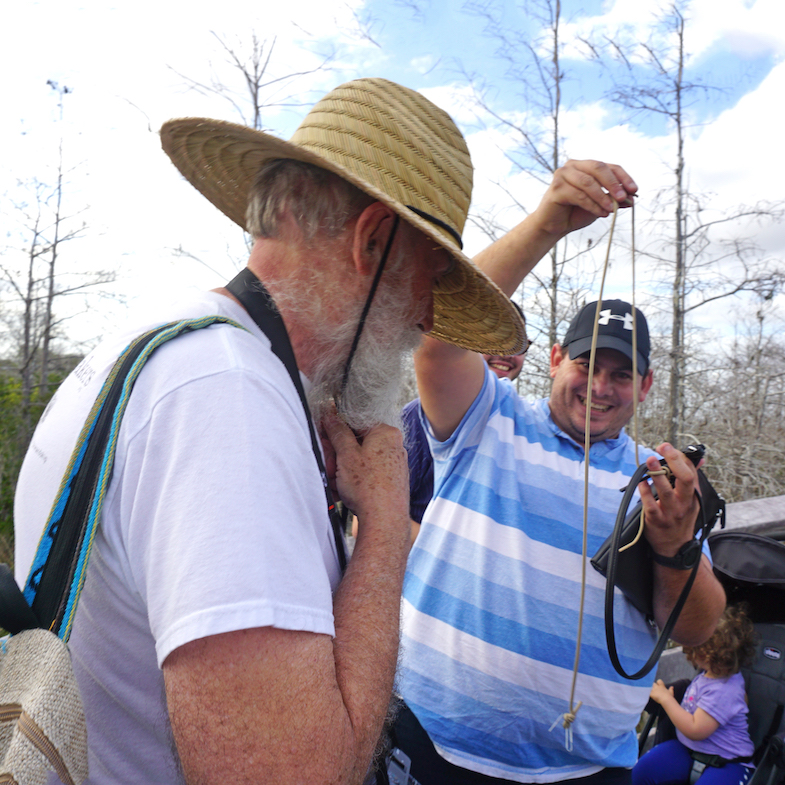 I have been asked to share greetings from Britain Yearly Meeting and Friends World Committee for Consultation – Section of the Americas (FWCC-SoA).

On 8 Second Month (February), I participated, electronically, in Britain Yearly Meeting’s Quaker World Relations Committee (QWRC) Consultative Forum. The theme was “Climate change and awareness of privilege: how might my privilege be of service?” More than 25 participants took part in the forum, including the following presenters: 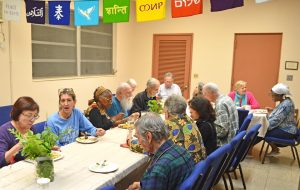 The FWCC Section of the Americas meeting (held in Miami February 6-9) focused on “Sharing historic QUAKER values today! Simplicity, Peace, Integrity, Community, Equality and Sustainability (SPICES).” Some of us began with dinner at the home of the Clara and Eduardo Diaz on 6 Second Month. On the 7th, about 30 participants took part in two program sessions, lunch, and an evening potluck dinner at Iglesia de Los Amigos. 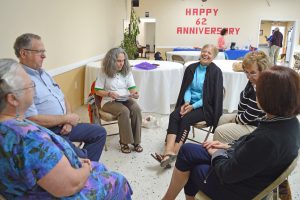 The first session was on the FWCC Traveling Ministry Corps, facilitated by Geeta Jyothi McGahey, Southern Appalachian Yearly Meeting and Association (SAYMA) and Robin Mohr, Executive Secretary, FWCC-SoA. Brad Stocker and I facilitated the afternoon program session on FWCC and Southeastern Yearly Meeting (SEYM) Earth Care Actions. We had a wonderful dinner and fellowship with lots of singing and laughter.

On the 8th, Eduardo Diaz and I co-facilitated a program session on the Quaker United Nations Office (QUNO) application of Quaker Values. Eduardo Diaz is a former Quaker United Nations Committee (QUNC) Clerk and I serve as a current QUNC-New York Member, an appointment through the American Friends Service Committee. Due to illness, Christine Ashley, Friends Committee for National Legislation (FCNL) Quaker Field Secretary and FWCC Representative from Piedmont Friends Yearly Meeting/Fellowship was unable to join us. (Please hold Christine in the Light.) We began the program session, “What unifies us as Quakers” with a facilitated process led by Rausie Hobson, FWCC Convocation Committee Clerk. Although we missed Christine, we had a very “spirited” session on the testimonies, Earthcare, and beyond. Miami Friends Meetings hosted a great potluck dinner and fellowship. 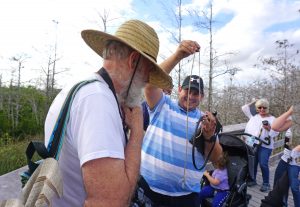 On the 9th, Friends were able to take part in Programmed (Spanish) and/or Unprogrammed Meeting (English) if one moved rapidly from one site to the other. Following a Fellowship Lunch at Iglesia de Los Amigos, about 10 participants took part in an excursion to Everglades National Park, facilitated by Brad Stocker. We created a new story, “Why It’s Important to Travel with Friends.” John Heimburg’s hat blew off his head and fell about 10 feet below the raised platform of the Pay-hay-okee boardwalk. Friends contributed cords, purse straps, a large paper clip, fishing skills, and good wishes to retrieve the hat. Muchos gracias, Marcos González Longoria y todos!

Nancy Martino, FWCC Advancement Manager, asks that we participate in the FWCC Sustainability online conference, “How does God call us to act?” Quakers around the world will take part in the conference on 22 Second Month (February) 2020. Read more> .

Nancy and David set up for a dinner at the FWCC Section meeting. photos: Clara Diaz 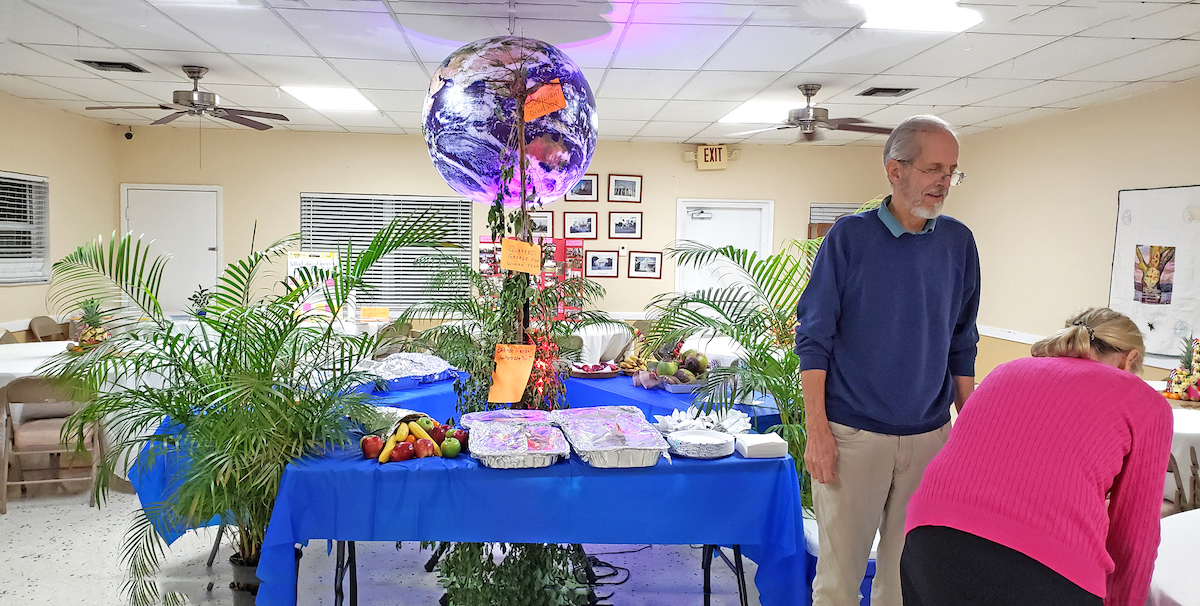