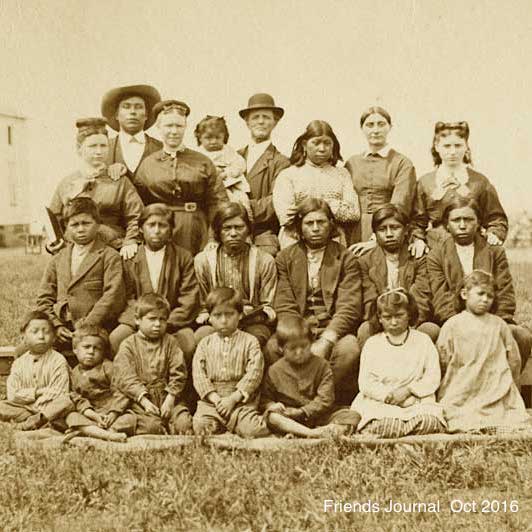 At Yearly Meeting Sessions, the Committee for Ministry on Racism (CMOR) brought forward a minute, which was approved:

Southeastern Yearly Meeting supports the “Truth and Healing Commission on Indian Boarding School Policy Act” (HR 8420) that was considered by the U.S. House of Representatives in 2019-2020. Although HR 8420 did not become law, CMOR continues to support the establishment of a Truth and Healing Commission. The bill’s purpose was to set up a Truth and Healing Commission to address the multigenerational trauma experienced by American Indian and Alaska Native children, now adults, who were forcibly removed from their homes between 1869 and the 1960’s and placed in Indian Boarding schools far from their homes. Quakers were among the strongest supporters of the federal policy calling for this forced assimilation, and operated some 30 Indian schools. The children were taught to reject their Native languages, cultures, and spiritual practices and adopt Euro-American culture.  U.S. Secretary of the Interior, Deb Haaland, has tasked Senator Elizabeth Warren with reintroducing the bill this year. Senator Warren will consult with the National Native American Boarding School Healing Coalition for wording for the bill. The bill is expected to be similar to last year’s bill.

Southeastern Yearly Meeting urges all Friends to watch for this bill and give it their support.

A member of CMOR is involved with an interdenominational group that is in the process of working toward unity in the creation of an interfaith letter in support of the bill. Other CMOR members will also participate in this process.

The committee will provide Friends with resources for learning more about Indian Boarding Schools, in general, and Quakers’ roles in the schools, in particular. 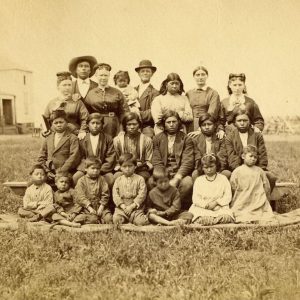 • Paula Palmer’s video “The Quaker Boarding Schools: Facing our History and Ourselves”

• Decolonizing Quakers website. A group of North American Quakers seeking to “Learn and act upon the truth of Quaker history with Indigenous Peoples, to acknowledge the wounds resulting from this history for all peoples impacted, and to engage in actions that move toward justice and recognize the dignity of all those concerned.”